LEXUS ANNOUNCES JUDGES AND MENTORS FOR THE 2023 LEXUS DESIGN AWARD

Lexus is pleased to announce the leading figures from the international design world who will serve on the judging panel and mentoring team for the 2023 Lexus Design Award. Once again, the award is being supported by some of the most accomplished and globally respected designers from across an impressive breadth of creative disciplines.

The team of judges sees the return of Paola Antonelli and Simon Humphries, who are joined for the first time by Karim Rashid. The Lexus Design Award also welcomes Marjan van Aubel, Yuri Suzuki and Sumayya Vally as new mentors, alongside the returning Joe Doucet. These seven judges and mentors will work together to help the award in its mission to support and nurture the next generation of creators to build a better tomorrow.

The global designer Karim Rashid's work crosses the spectrum from industrial design to interior design. With more than 4,000 designs in production in more than 35 countries, he is in high demand for collaboration with famous brands.

He said: "It is an honour to review such a vast body of work and ideas in the promotion of design as the definitive shaper of the future and culture. I encourage all designers entering the Lexus Design Award to find new languages, new semantics, new aesthetics, experiment with new material, and behavioural approaches. Competitions such as this were formative to my creative and professional growth, and I look forward to seeing the beautiful individuality and originality that will result.”

Paola Antonelli, senior curator of architecture and design at MoMA, New York, is a well-established figure in the Lexus Design Award story and someone with whom the programme’s goals resonate. Since the award was introduced in 2013, she has kept a watchful eye on its development while welcoming the stimulating experience of interacting with fresh talent. She will once again share her bold perspectives and insights as a member of the judging panel. Her deep concern with design's responsibilities and possibilities informs her perception of creative potential in the next generation of designers.

Simon Humphries, Head of Toyota and Lexus Global Design, will again serve as a judge, representing Lexus’ pursuit of Design for a Better Tomorrow.

The mentors and the mentorship programme

To achieve its goal, the Lexus Design Award has always put mentorship at the heart of its programme. This has evolved into a streamlined and expanded competition for 2023 that will begin with four award winners being selected by the judges to receive the once-in-a-lifetime opportunity of being mentored in their work by world-renowned designers. They will receive personalised advice and guidance to help bring their project closer to maturity.

Joe Doucet, an award-winning multidisciplinary designer, has mentored emerging talent in the programme since the 2020 edition. He commented: “Being with the Lexus Design Award programme for three years as a mentor, I have gained some perspective on the unique benefits of its structure. From a mentor’s perspective, we get to watch the blossoming of talent before our eyes. I am so grateful to take this role in what is a truly rewarding experience where we all benefit by working and growing together.”

Doucet is joined as a mentor by Dutch solar artist Marjan van Aubel, whose innovative work integrates sunlight and technology for a sustainable future. Also new to the mentorship team are Yuri Suzuki, a Japanese sound artist and experience designer, and South African architect Sumayya Vally, whose current work is focused on expressions for African and Islamic hybrid identities.

Sumayya Vally commented: “I am honoured to be part of the Lexus Design Award team and to support and nurture the creative empowerment of the next generation. Listening to and drawing on voices of difference, to innovate design-led ideas, plays an important role in our future. Beauty and social justice are not mutually exclusive; beauty is social justice.”

Together, these creators will form a dynamic team to steer the next generation of creators. Their diverse backgrounds and areas of expertise will make the mentorship programme a deeper experience than ever. Lexus looks forward with confidence to collaboration between the mentors and the award finalists in pursuit of creating a better future. After three months of developing and reining their concept, the winners will present their work publicly in spring 2023.

The Lexus Design Award 2023 is open for entries through to October 16, 2022. For those who are interested in entering, Lexus is holding an orientation webinar so they can gain a deeper understanding the award’s purpose and features, and learn about how to participate. The webinar will include a session in which past award winners talk about their personal journey to success.

Webinar dates and times are as follows: - 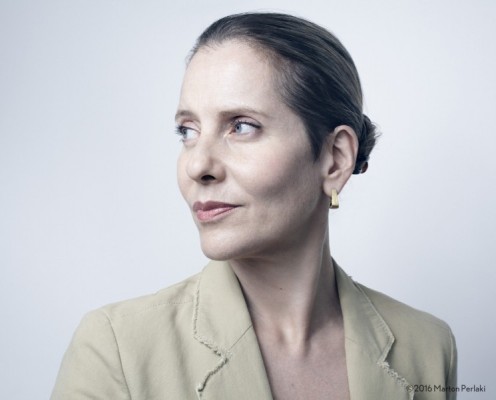 Paola Antonelli is Senior Curator of Architecture & Design at The Museum of Modern Art, as well as MoMA’s founding Director of Research & Development. Her goal is to promote design’s understanding, until its positive influence on the world is universally acknowledged. Her work investigates design’s impact on everyday experience, often including overlooked objects and practices, and combining design, architecture, art, science, and technology. She has curated shows, written books, lectured worldwide, and taught in several schools, including Harvard and UCLA. Among her most recent exhibitions and books are Broken Nature, devoted to the idea of restorative design (conceived as the XXII Triennale di Milano); Material Ecology, on the groundbreaking work of architect Neri Oxman; and Never Alone, about interactive design and video games. She is currently working on several new sessions of her MoMA R&D Salons and on the Instagram series @design.emergency, conceived with design critic Alice Rawsthorn and devoted to the role of design in the Covid-19 pandemic and beyond. Alice and Paola’s book, Design Emergency, was published in May 2022. 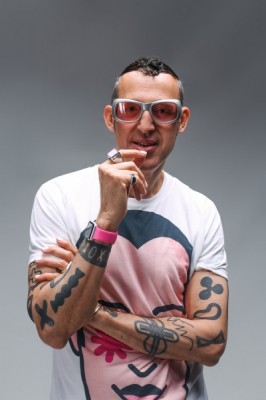 Visionary and prolific, Karim Rashid is one of the most unique voices in design today. Over 4000 designs in production, over 400 awards, and operating in over 35 countries attest to Karim’s legend of design. His award-winning designs include democratic objects like the ubiquitous Garbo waste can and Oh! Chair for Umbra and interiors like the Morimoto restaurant, Philadelphia and Nhow hotel, Berlin.

Karim has created noteworthy designs for clients Method and Pepsi, furniture for Artemide and Vondom, brand identity for Citibank and Hugo Boss, high-tech products for LaCie and Samsung, and luxury goods for Veuve Clicquot and Christofle, to name a few. Karim is a perennial winner of the Red Dot award, Chicago Athenaeum Good Design award, Interior Design Best of Year Award, and IDSA Industrial Design Excellence Award. Karim is a frequent guest lecturer at universities and conferences, globally disseminating the importance of design in everyday life. 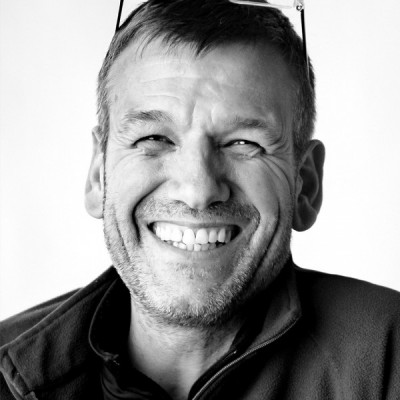 Born and educated in the UK, he started his career as a product designer in 1988 before joining Toyota Motor Corporation in 1994. At first, he worked in advanced design and in 2002 played a leading role in establishing and implementing the Toyota (Vibrant Clarity) and Lexus (L-finesse) design philosophies. After managing various projects in both advanced and production design, he was appointed president of ED2 (Toyota European Design Development), where his team spearheaded various projects to define Toyota’s transformation to a mobility company. In 2018, he was assigned to the role of head of design, overseeing both the Toyota and Lexus brands.

As Head of Lexus Global Design, he seeks to define Lexus' unique values in the form of a brand philosophy, incorporating a clear cultural reference to Lexus' Japanese heritage and building a design direction that is relevant to users around the world. In his spare time he enjoys carpentry and is restoring a 100-year-old Japanese farmhouse. 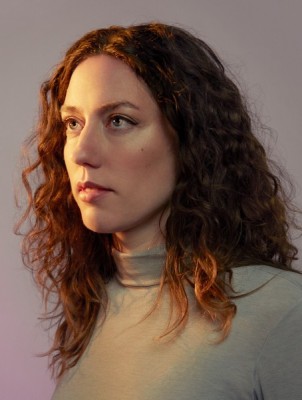 The studio is creating lasting change through solar design, integrating solar power seamlessly into our environments such as in buildings and objects. With the goal to make solar power more accessible for everyone. Most notable works are Sunne, Current Table, Power Plant and the roof of the Netherlands Pavilion at the World Expo 2020 in Dubai. Marjan has collaborated with global brands such as Cos, Timberland, Swarovski with the aim of accelerating the global energy transition to solar. Graduating from the Royal College of Art (Design Products MA) in 2012 and the Rietveld Academy DesignLAB (BA) in 2009. 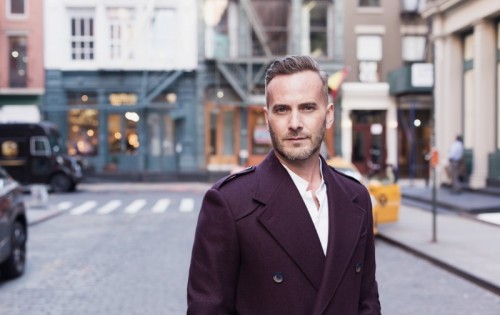 A designer, entrepreneur, inventor and creative director, Joe Doucet is one of the most sought-after creative talents working in America today. His work deftly hybridizes function and visual appeal while conveying layers of meaning and message. Doucet believes that design and, more importantly, a designer’s thought process can play a larger role in innovation and problem solving, as well as aesthetics. He currently holds numerous patents for his designs and inventions.

Doucet’s work has been exhibited globally and has received numerous international awards, including a World Technology Award for Design Innovation and multiple Good Design Awards. Doucet was named the Winner of the Smithsonian Cooper-Hewitt National Design Award as Product Designer—the highest honor in his field. He was also Designer of the Year finalist by Dezeen, and a recipient of Fast Company’s Most Important Companies in Design. 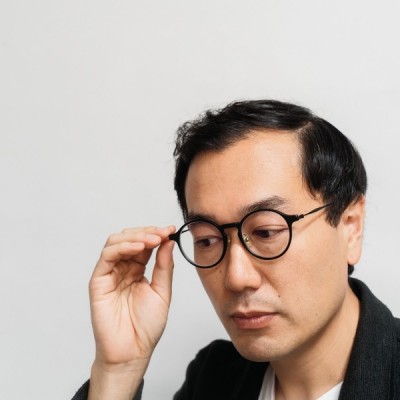 Yuri Suzuki is an artist, designer and electronic musician. He explores sound and visual language through artworks and projects that examine the relationship between people and their environments, questioning how both visual art and sound evolve to create personal experiences. Suzuki has exhibited in solo and group exhibitions nationally and internationally, including at Tate Britain, V&A, the Barbican and MoMA New York.

Central to Suzuki's practice is collaboration – he has worked with various musicians including will.i.am and Jeff Mills, as well as commercial clients such as Google and Roland, creating music-based products and digital experiences that explore the relationship between sound and technology. As a Partner at Pentagram London, Suzuki and his team work internationally pushing the boundaries between art, design, technology and sound, crossing the fields of both low and high technology. 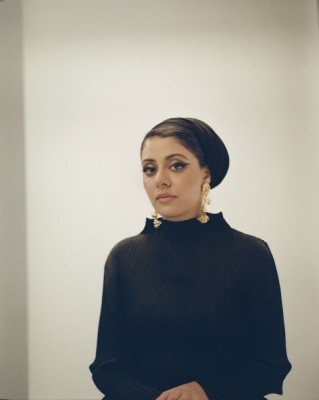 Sumayya Vally is the principal of the award-winning architecture and research studio Counterspace. Designer of the 20th Serpentine Pavilion, Vally is the youngest architect to win this internationally renowned commission. With the Serpentine, she has initiated and developed a new fellowship program, Support Structures, which assists artists and collectives working at the intersection of art with social justice, the archive, and ecology.

In 2022, Vally was selected by the World Economic Forum to be one of its Young Global Leaders, a community of the world’s most promising artists, researchers, entrepreneurs, activists, and political leaders, and, as a TIME100 Next list honouree, has been identified as someone who will shape the future of architectural practice and canon. Having recently joined the World Monuments Fund, Vally serves on several boards through her interest in dynamic forms of archive, embodied heritage and supporting new networks of knowledge in the arts. As Artistic Director, Vally is currently working on curating the first Islamic Arts Biennale taking place in Jeddah in 2023.