• Lexus returns as the official vehicle of the competition
• Finals will take place in Malaga, Spain, 22nd to 27th November
• Group stages in Bologna, Glasgow, Hamburg, and Valencia from 13th to 18th September

Lexus has been announced as an official principal partner of the Davis Cup by Rakuten Finals 2022, which takes place across a number of major European cities. The competition will kick off with the group stages, held in Bologna, Glasgow, Hamburg, and Valencia, from 13th to 18th September. Knockout matches will follow, being held in Malaga, Spain, 22nd to 27th November.

There is an authentic connection between Lexus and the Davis Cup, with customers and fans both striving for luxurious and unforgettable experiences. With an emphasis on “Lexus Electrified”, the brand’s ongoing sustainability vision, the partnership with the Davis Cup celebrates a synergy between the electrifying en-ergy at one of the world’s most exciting tennis tournaments, and the luxurious thrill of driving an electric or hybrid Lexus model. This year’s focus on Lexus Electrified sees the RX Performance Hybrid, the NX Plug-In Hybrid, the Battery-Electric RZ and the UX Self-Charging Hybrid take center stage at the tournament. The New Generation Lexus RX will feature at matches in Spain and Italy, replaced with the Lexus RZ for matches in Germany and the UK.

As the official car of the Davis Cup, during the tournament, Lexus will be responsible for the official trans-portation of players and teams from the 16 competing nations to the tennis village.

Founded in 1900, Davis Cup by Rakuten has grown to become the largest annual world championship in sport, with 142 nations entered in 2021. The 16 group stage teams will compete in four round-robin groups of four teams. The top two teams in each group will advance to the quarterfinals. The new Finals format will include a 9 week break between group and knockout stages. Lexus ambassador, Roberto Bau-tista, will once again represent his native Spain in the competition.

Pascal Ruch, Vice President in charge of Lexus Europe, commented: “The Davis Cup is one of the most iconic sporting competitions in the world, with a unique format across multiple European cities. Sport, and in particular tennis, is an opportunity to bring together top athletes and fans under one roof - many of whom are seeking luxury, that is personal to them and their passions. Lexus as a brand shares this affinity for incredible dedication to craft, unparalleled luxury and unmissable experiences.“

David Ferrer, Director of the Davis Cup Finals, said: "It is a great luxury to be able to count on Lexus again for the third edition of the Finals. This year's event is being staged in a multi-site format in four countries, and Lexus is demonstrating its enormous capacity for management, service and professionalism. We are confident that, as in the past, the world's best players and teams will be delighted with the performance Lexus will provide at the competition."

About the Davis Cup:
Founded in 1900, Davis Cup by Rakuten is the men’s world cup of tennis and the largest annual team competition in sport. 143 nations entered in 2022 and will compete across multiple levels of the competi-tion from regional events to the pinnacle of the Davis Cup by Rakuten Finals. Sixteen teams will participate in this year's Finals Group Stage, to be held from 13th to 18th September in Bologna, Glasgow, Hamburg and Valencia. The top two teams from each venue will automatically qualify for the ‘Final 8’ in Malaga from 22nd to 27th November. 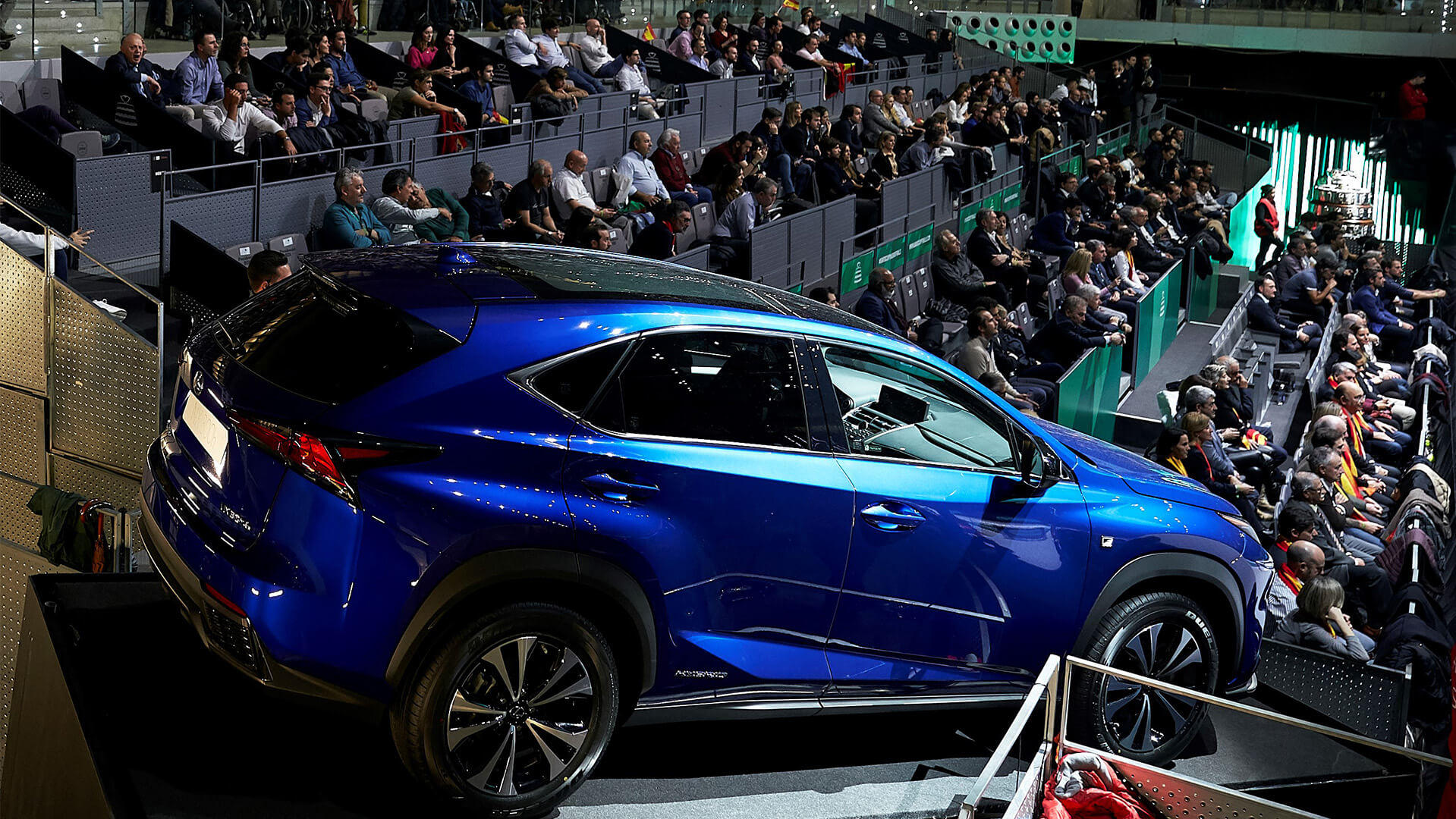